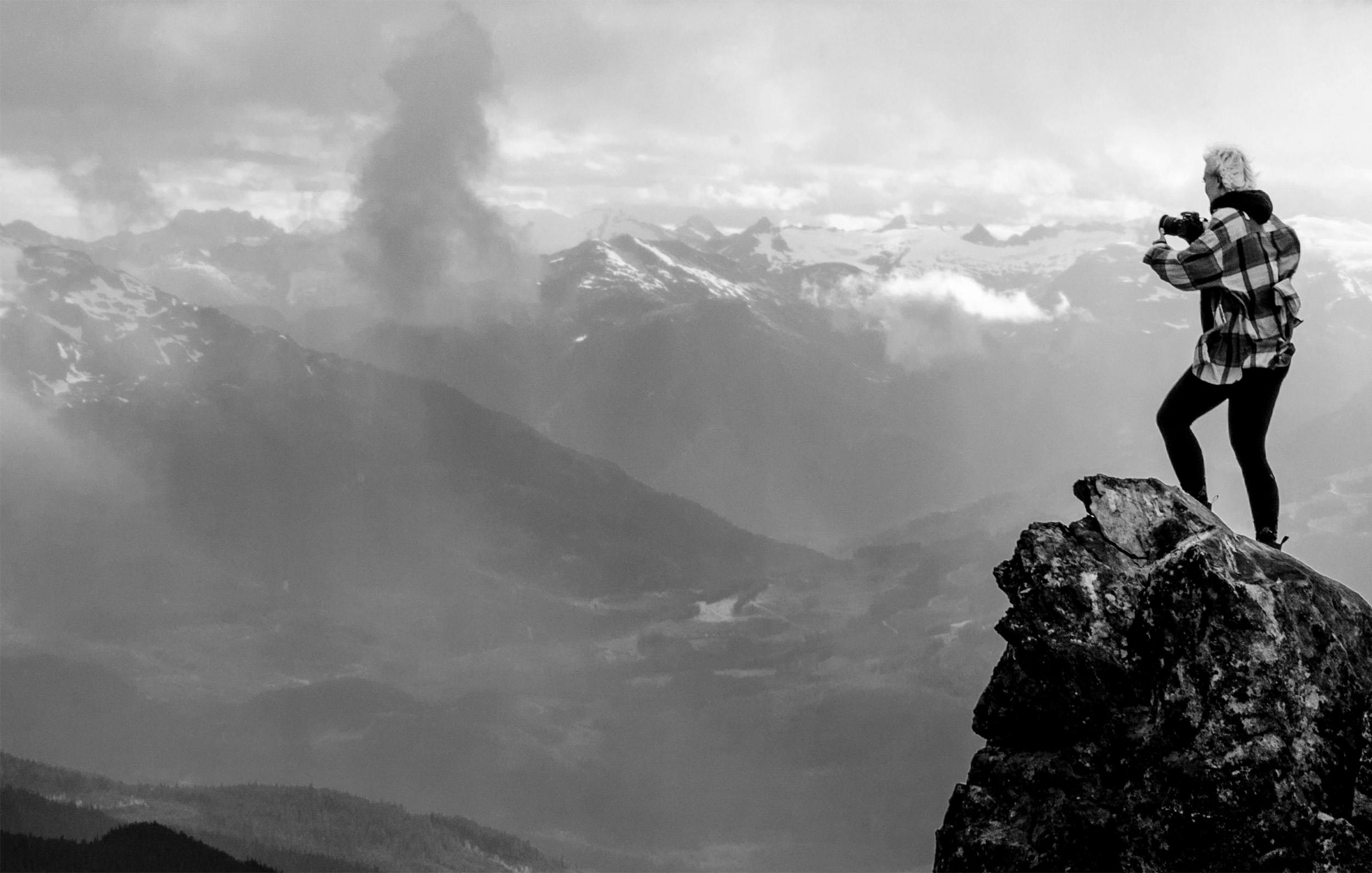 LATEST BLOG ARTICLE CASE STUDY
What type of B2B are you?

Everyone knows what B2C is. Even people who have never heard the term before have still experienced...

If you’re looking for a way to expand your online business, online marketplaces could be just the...

Commerce Vision are excited to announce our new partnership with ChannelAdvisor.

In the last five years, the cost of acquiring new customers has increased by over 50%. SEO, SEM and...

The machines are coming

The machines are coming

We’ve been seeing the influx of machine intelligence for years. From things as simple as predictive text to game changers like Artificial Intelligence, the next machine age has been steadily marching across our screens for the past decade and the pace is only accelerating. But what does that mean for you? Honestly, I think nothing but good things - IF you’re willing to adapt.

Having an eCommerce presence is no longer a game changer… it’s a baseline. Even if we ignore the Amazon-shaped gorilla waiting to climb the Sydney Harbour Bridge, there are so many different marketplaces out there. And within those marketplaces are your competitors and their digital presence. Not to mention the digital presence of the other competitors you didn’t know about because they’re beyond our shores.

So if we work under the assumption that just having an eCommerce presence isn’t a differentiator, what can you use to set yourself apart? It’s probably not a surprise if I say personalisation is part of the puzzle. But what else is there that I haven’t already told you about? Machines.

Don’t underestimate the value proposition inherent in offering solutions like PunchOut or TPN to your customers. Or time-saving options like order import. As much as you’re trying to drive down your cost to serve, so are they! While these may be features you know and use every day, if you haven’t explicitly told your customer about them… how likely are they to know?

I’ve mentioned before that we’ve had customers win contracts based primarily on the fact that they can offer solutions like PunchOut. Now I’m not claiming PunchOut specifically as a silver bullet; it’s the theory behind it that I’m focused on. It’s the mentality of offering your customer a way to transact with you that causes them the least friction (while at the same time not increasing your own overheads).

Customers are getting on-board the automation train at lightning speed (shout out to our own Lucy as an example). For most, it’s not a huge leap to look at functions beyond standard eCommerce shopping. Why not offer your customers Order Approvals so they can get their part-time admin staff doing the weekly replenishment order without worrying about unnecessary spend, rather than the office manager? Or maybe you could offer to set up a secondary “Order Only” role that doesn’t have access to Account screens, meaning they don’t have to worry about the wrong staff seeing balances?

The intelligence behind eCommerce is growing, almost as fast as customer expectations for the same. Are you going to be left behind, or will you embrace the next machine age?

If you’re not sure what options you have for your customers, you can always chat to me and we can work out what’s going to best service your particular users’ needs.

The first step is admitting when you know nothing
by Helen Ross posted on April 18, 2017

Some of you would have received an email from me a while back asking for feedback on our CMS. I’m very fortunate to work in a company that genuinely cares about their customers and wants their products to be a reflection of that.

Personally, I’ve worked in varying forms of customer service for basically all of my working career. I like to think I have a pretty astute ear for hearing things that aren’t the true voice of the customer. So, when I sent out my little informal survey I had a pretty solid idea on the kind of feedback that I’d receive. 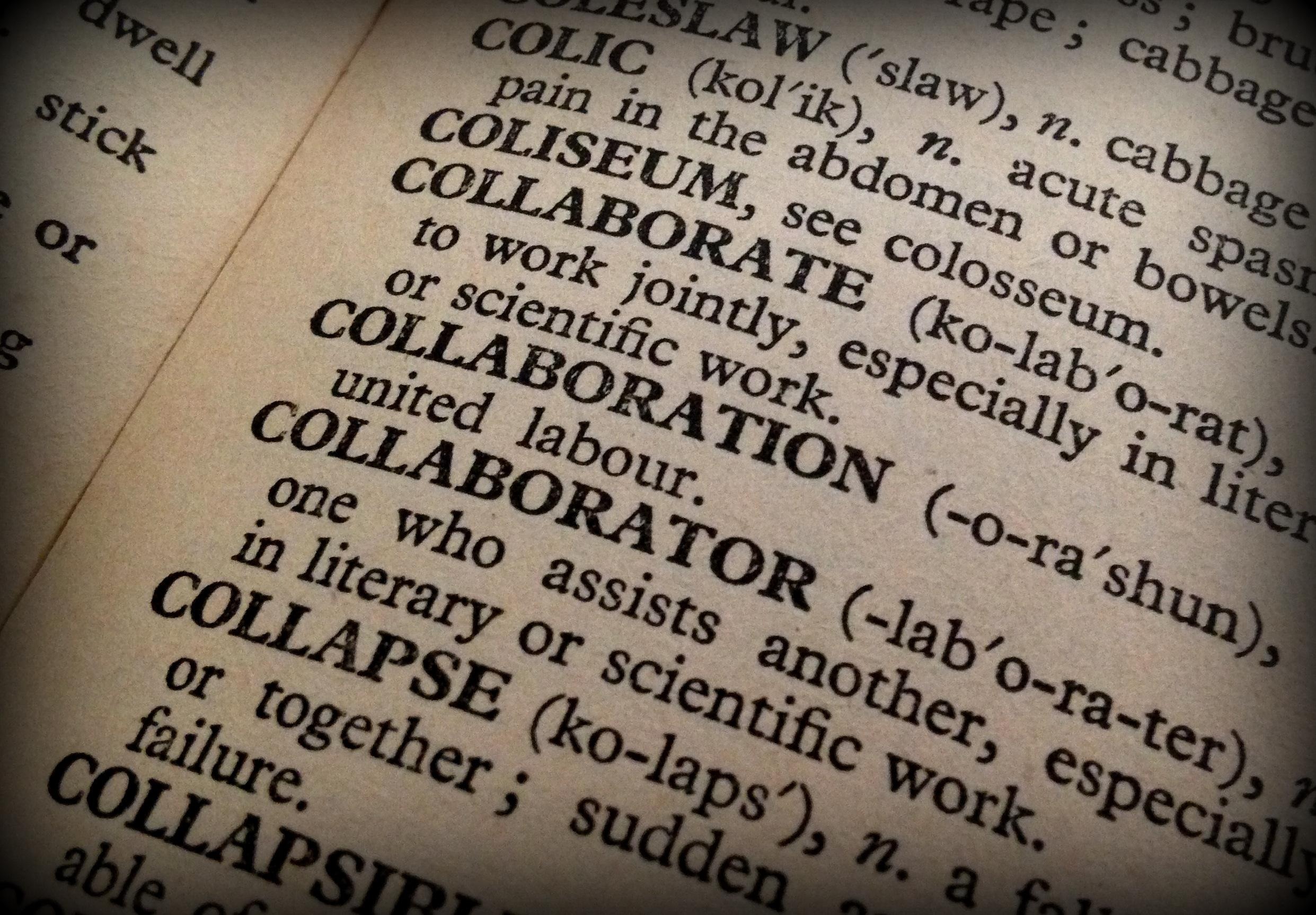 Today, I cordially invite you to step back in time with me for a moment….

Taking the guess work out of customer visits
by Helen Ross posted on June 20, 2017 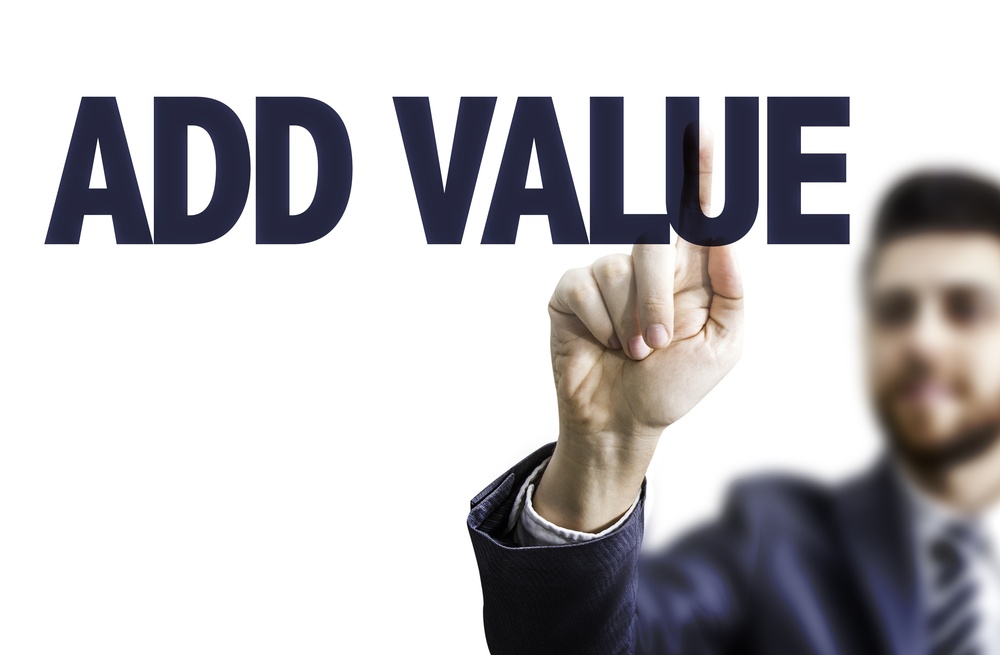 5 tips to happier customers
by Helen Ross posted on August 1, 2017

1. Take them where they want to go

I have a shameful secret to admit to you all. 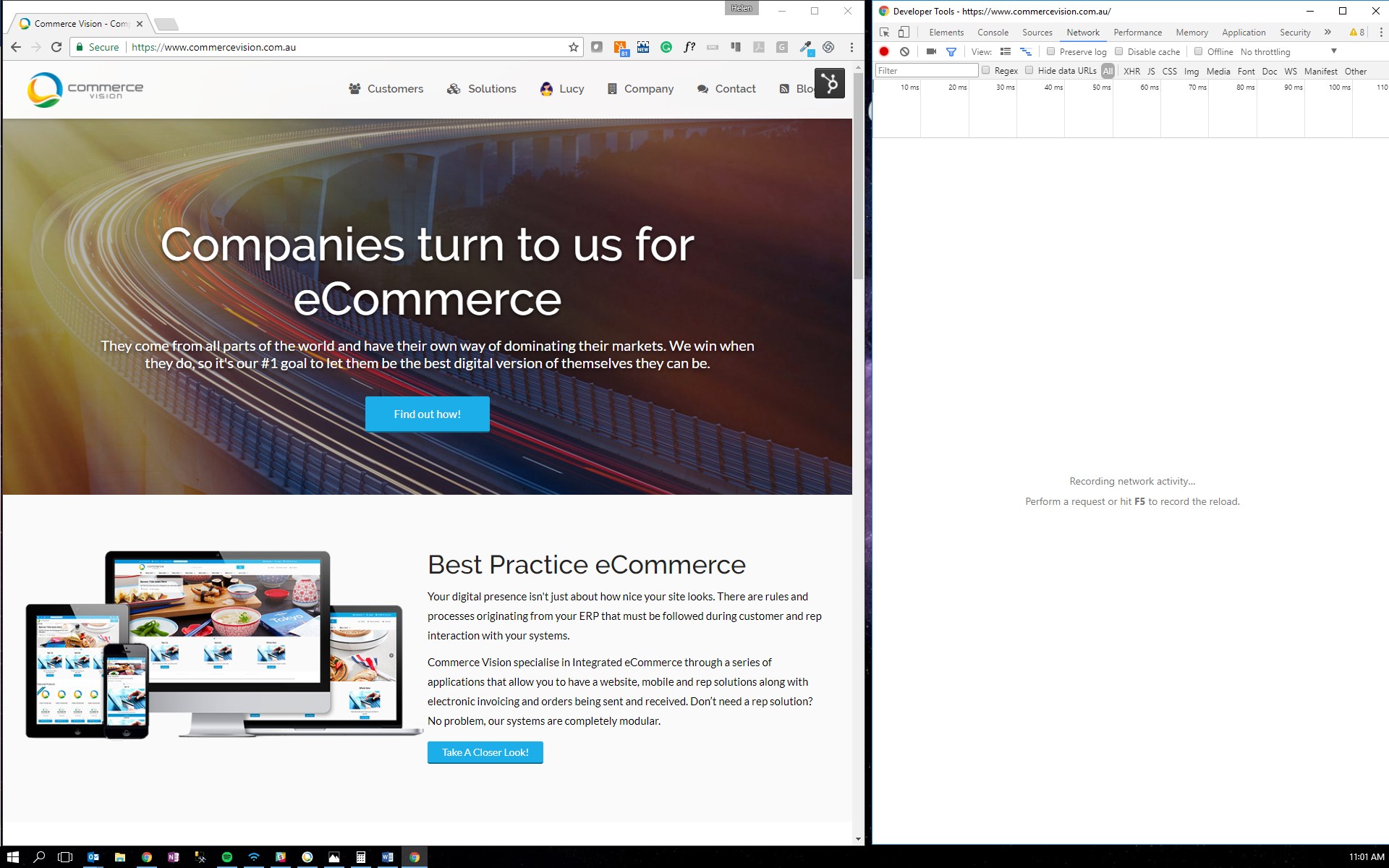 How to ask your customers what they want without asking them
by Helen Ross posted on August 29, 2017

Recently I was speaking to a customer who had some usability questions around a particular section on their website. They didn’t yet have a detailed understanding of what exactly wasn’t working, they just knew it could be better. I’m sure many of us have ended up in a similar situation.

PunchOut (not Mayweather vs McGregor)!
by Helen Ross posted on September 5, 2017

No, I’m not talking about the big fight from a fortnight ago, or the Nintendo game from the 80’s (though I did find an online version of the Mike Tyson version if you want to take a trip down memory lane).

I’m talking about PunchOut as it relates to eCommerce. Oh yes, it’s another cool tool in the CV arsenal just waiting for you. 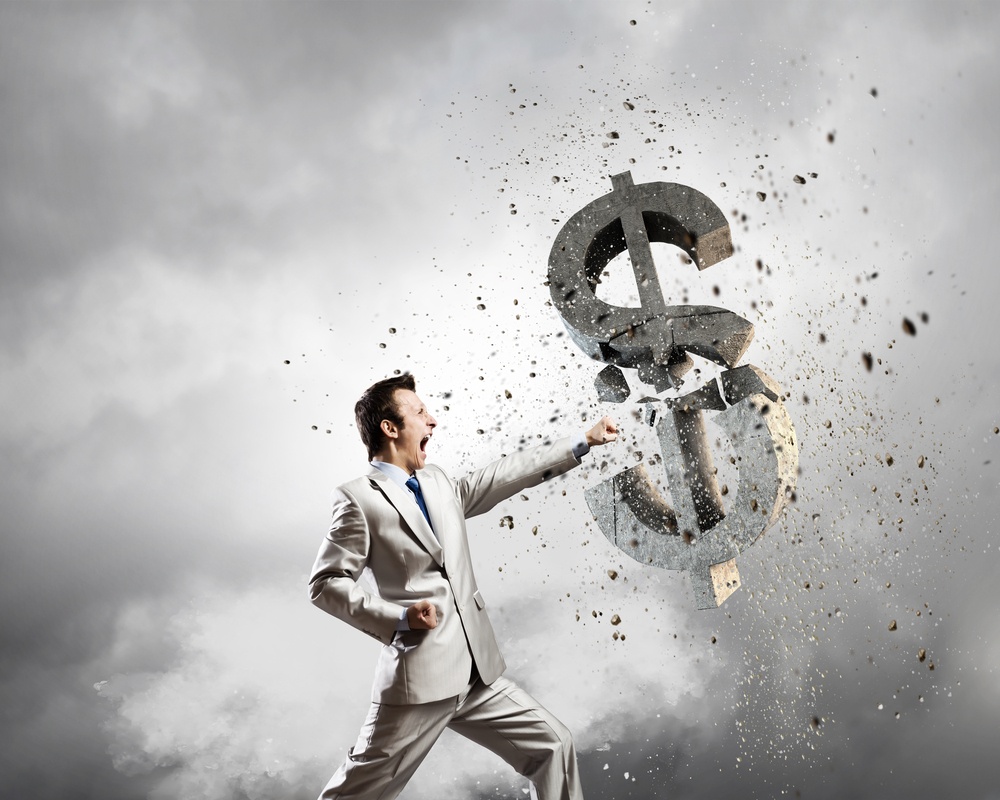 What makes a good Product Detail page?
by Helen Ross posted on September 19, 2017

In the past, I’ve put Banner Sliders and Mega Menus under the microscope, so I thought it was about time I turned my eye to the Product Detail page. 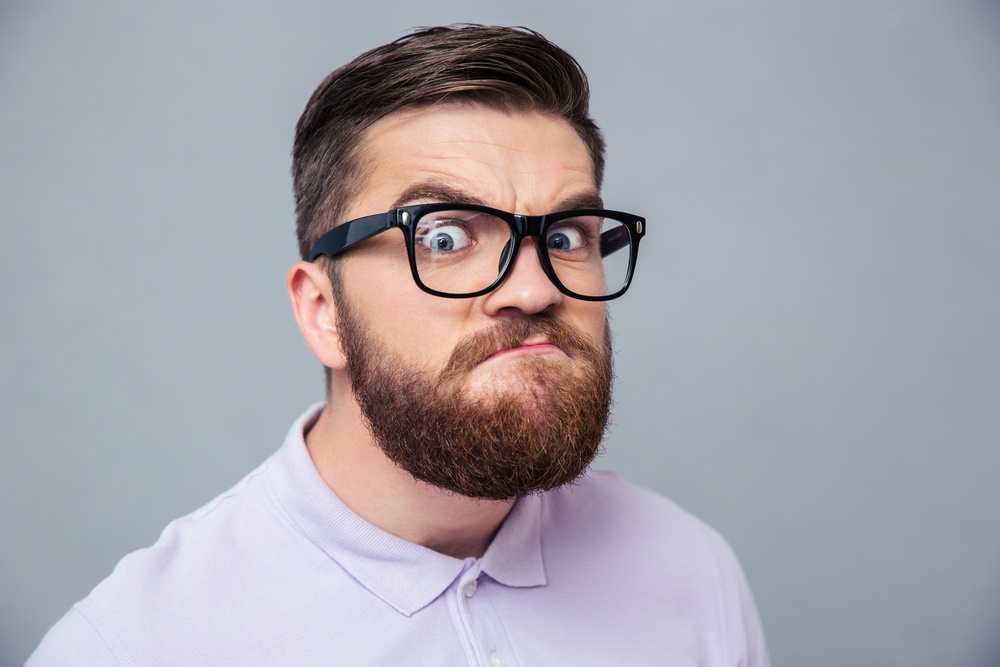 I’ve been gallivanting around the east coast recently visiting customers. On the plane back home, I ended up having an interesting conversation about user experience with my seat neighbour. They had been arguing with their team lately about the idea of adding product information into their on-hold music. One part of their team wanted to use it as another method to talk to customers about their products and the other thought it would be too disruptive. 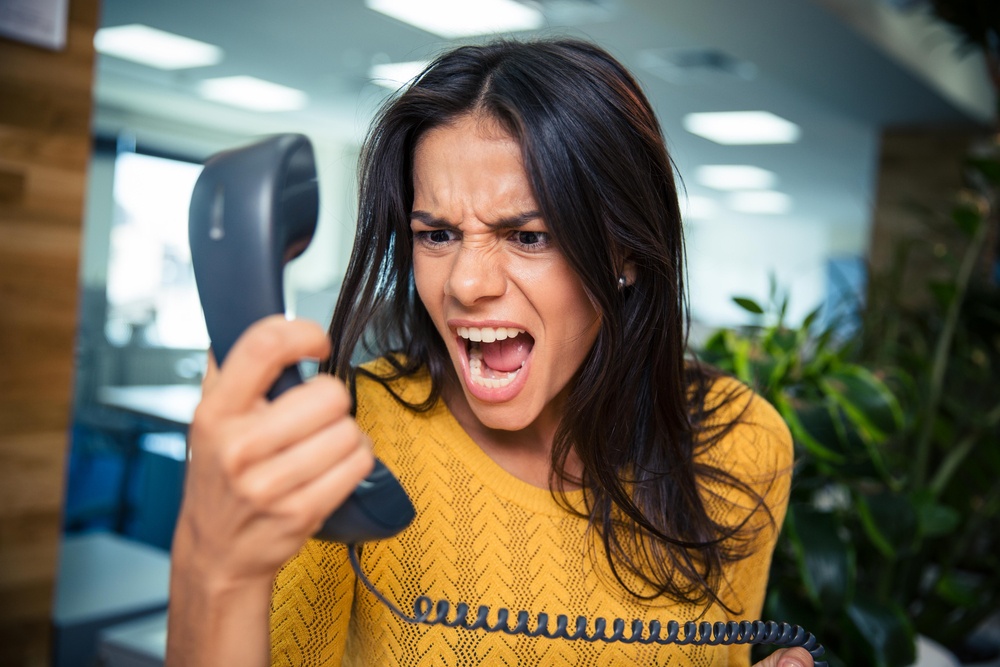 Take your customer somewhere
by Helen Ross posted on January 16, 2018 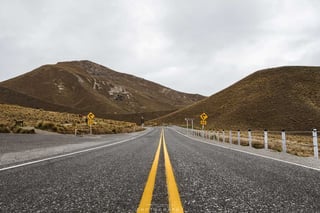 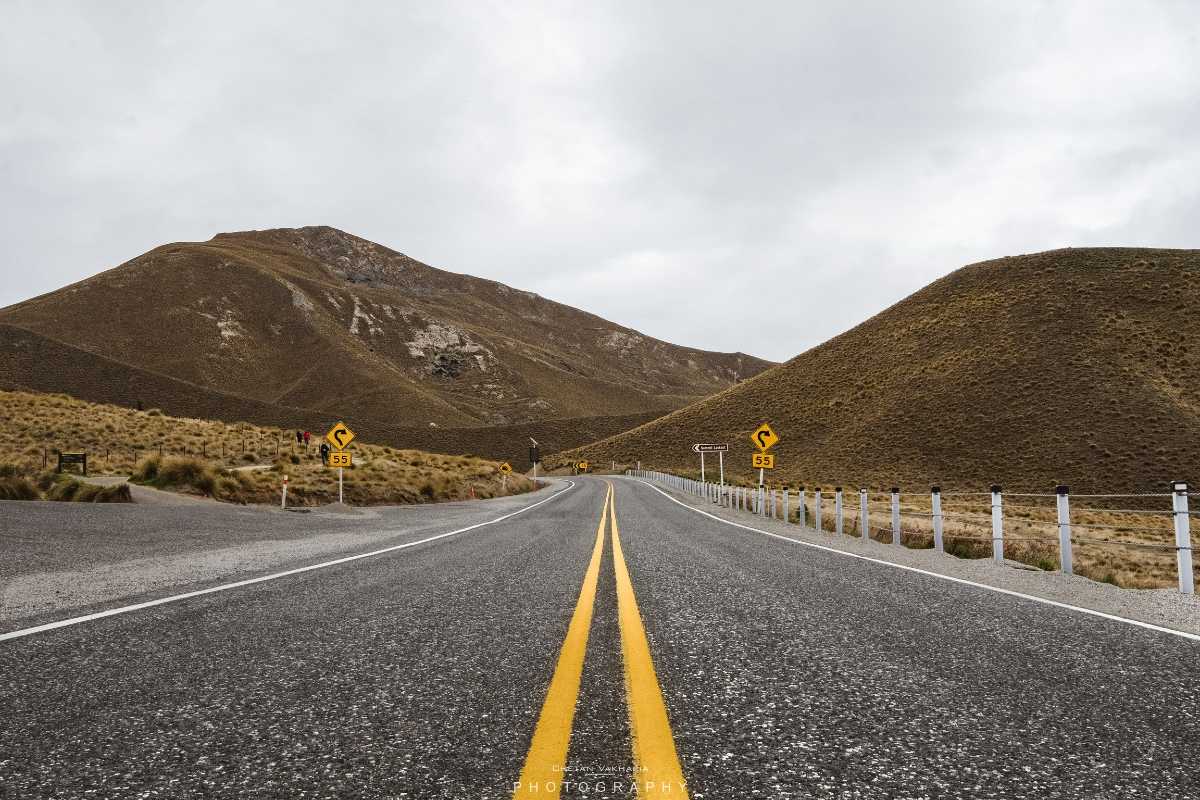 Doing right by a wronged customer
by Helen Ross posted on January 30, 2018

I had a disappointing experience recently and it got me thinking about the nature of dissatisfied customers, and how you can turn their negative experience into an opportunity. 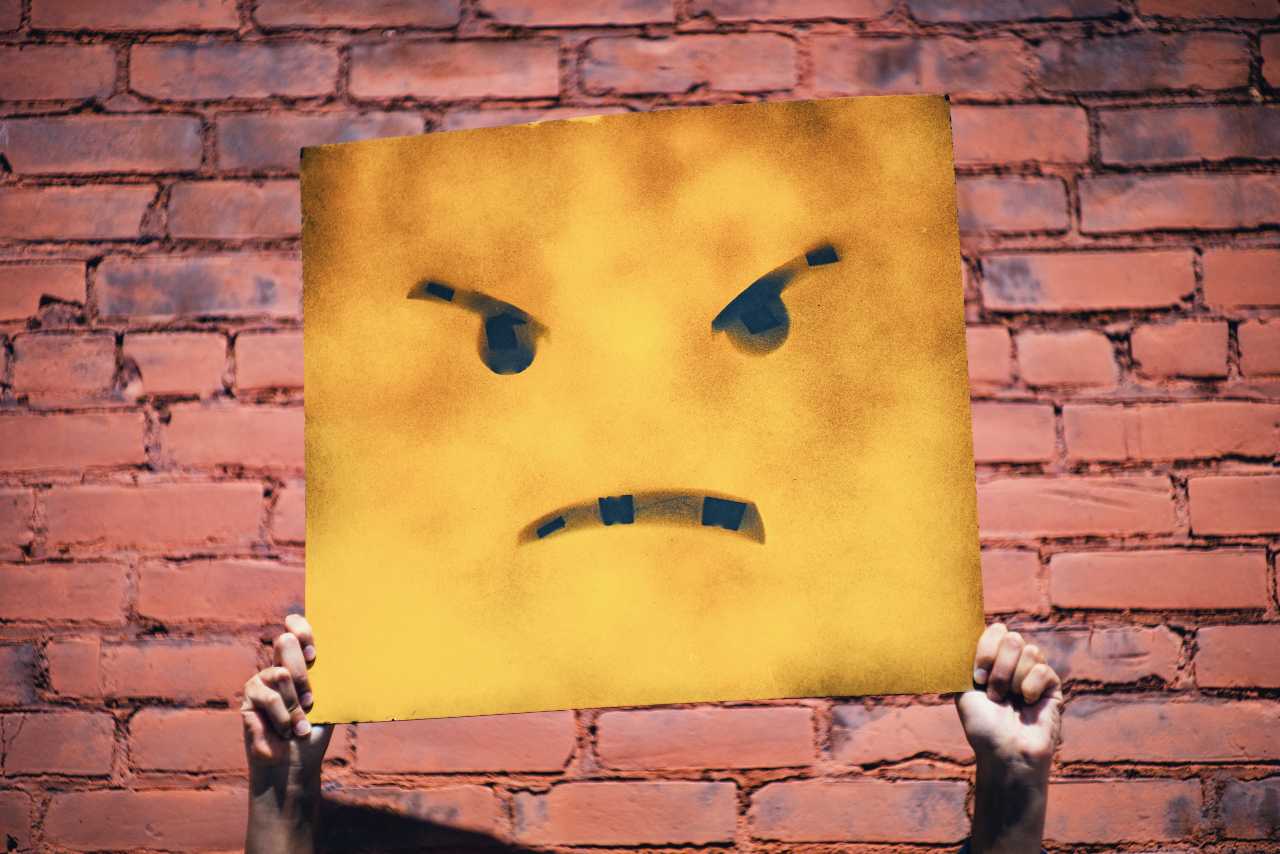 Change management in the world of B2B
by Helen Ross posted on February 6, 2018

In many instances, the line between B2B and B2C has blurred into non-existence. Whether that’s due to the gravitation towards eCommerce (which doesn’t allow for the traditional business-led information drip) or because technology allows our offices to be anywhere and everywhere is up for debate. Either way that blurred line has led to a focus on user experience and customer expectations in the B2B world that, frankly, makes me ecstatic. 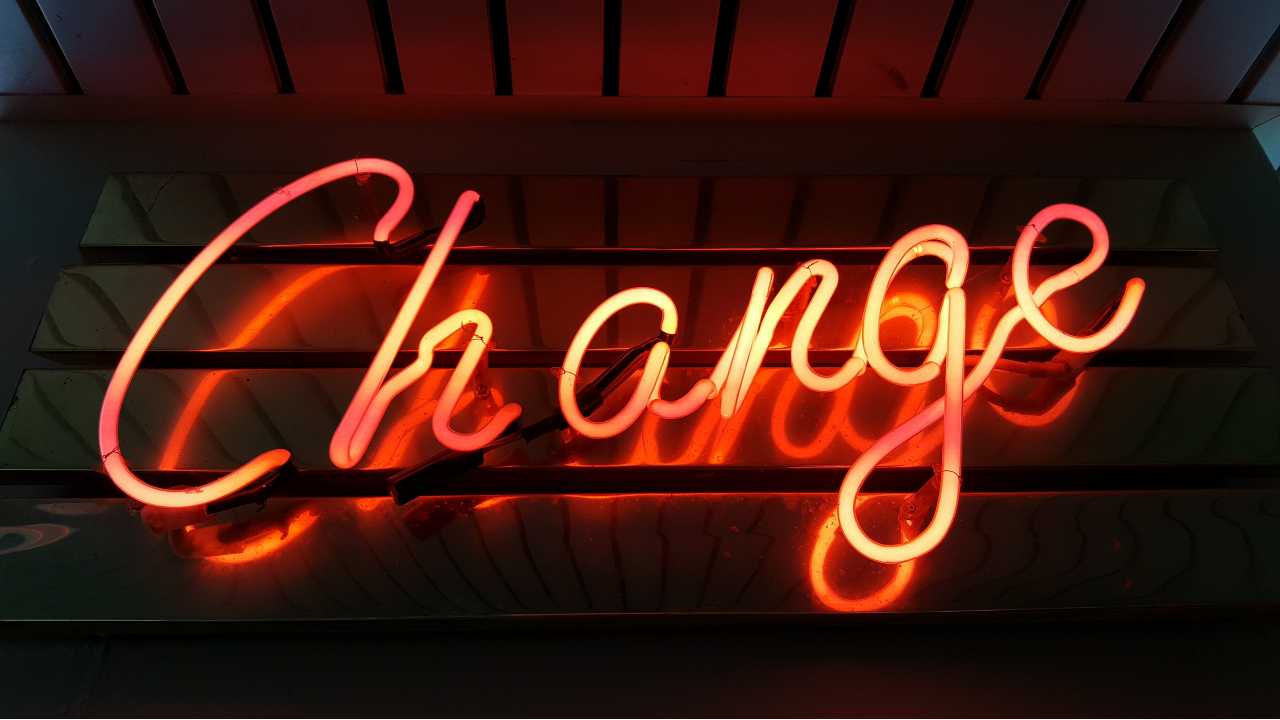 Web-based chat: the good, the bad, and a very ugly user experience
by Helen Ross posted on February 20, 2018

I often hear the topic of web-based chat come up both in conversations with customers, and my digging through the web. Some of our customers have already implemented it, some are considering it, and some know it’s not for them. Given the fact that it’s so easy to implement (in most cases a simple code snippet is all that’s needed), it can seem like a great “quick win”. I thought I’d share a couple of recent personal experiences for those of you who are not quite sure whether it’s right for your business. While web chat can be excellent, sometimes just because you can doesn’t mean you should. 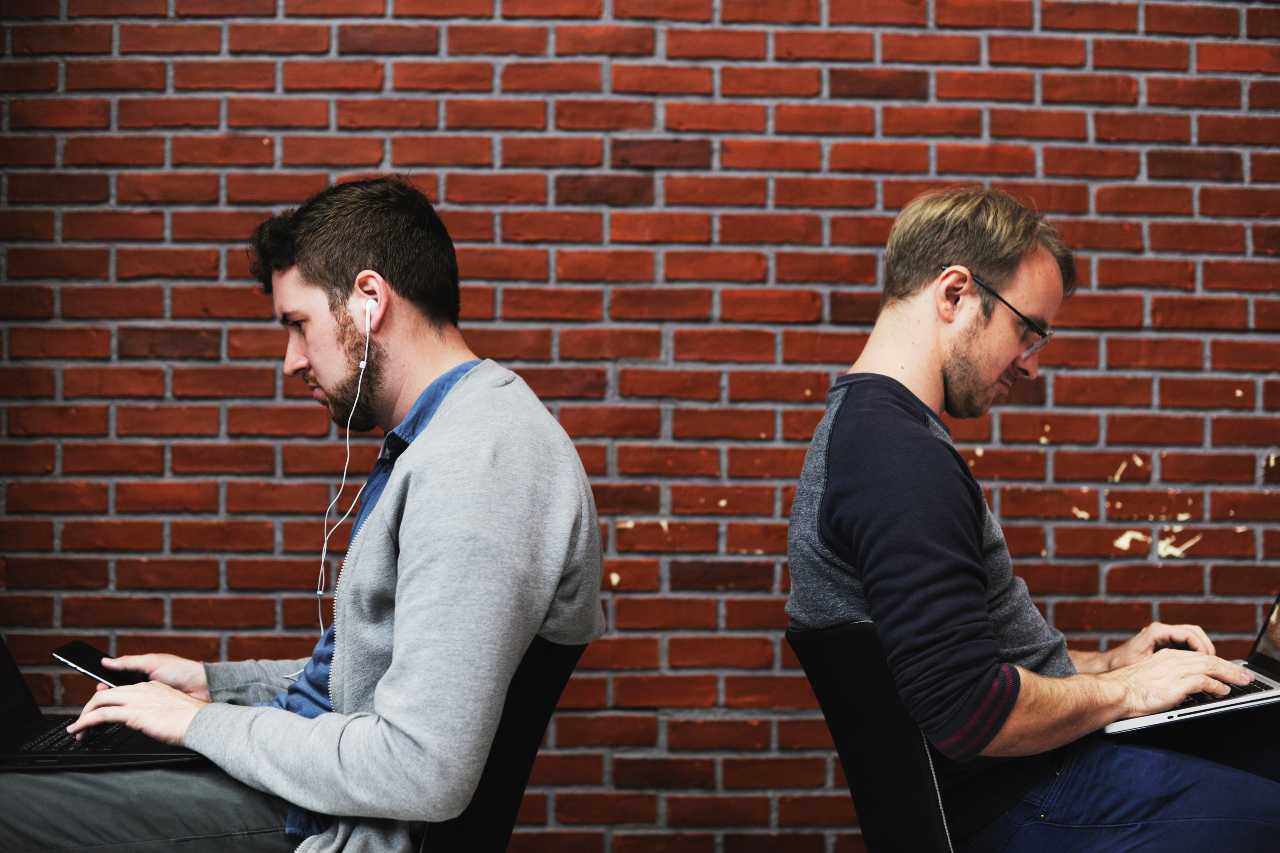 If I’ve been fortunate enough to have 10 minutes of your time, you’ve no doubt heard me utter the phrase “user experience” (“UX” for short) at least once. Happy customers are my jam, and customer experience is directly correlated to customer happiness. When we look at concepts like personalisation, customer retention and loyalty, you may notice an underpinning theme: they all lean heavily on user experience. These days, you can study User Experience at university. There are government websites devoted to the topic. Entire career paths have been forged around the UX philosophy. 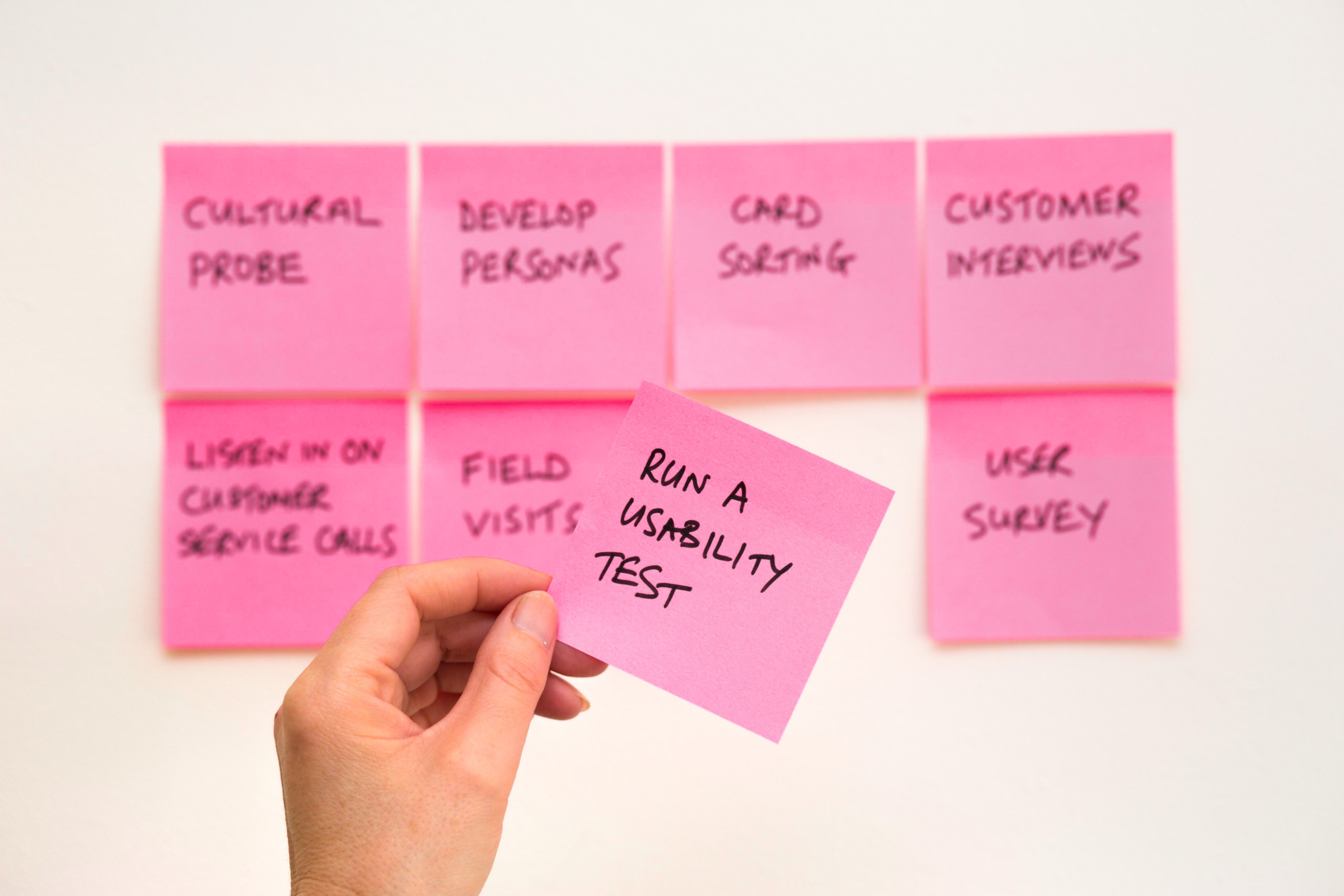 How to engender trust among your eCommerce users
by Helen Ross posted on May 1, 2018

I was watching a webinar on eCommerce recommendations the other week. Excited to hear about concepts I may not have found on my own, I had my notebook in front of me, a fresh coffee on my desk, and my pen in hand. I was ready to be wowed!

Read our other case studies

Sign up to get the latest news on everything happening at Commerce Vision.